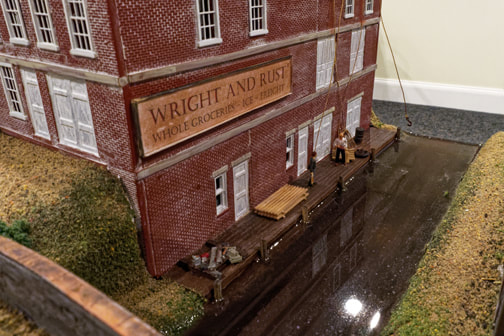 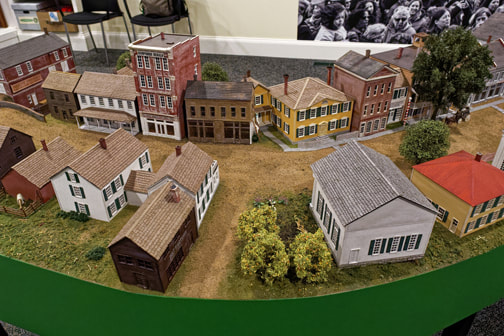 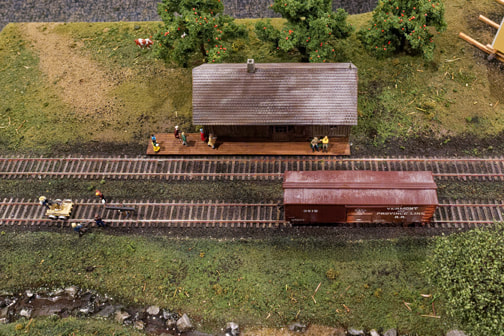 John Sacerdote will demonstrate how he constructed the twelve-foot long model of Northampton’s Main Street as it appeared in 1847.  The model is the centerpiece of the exhibit Making it on Main Street which will be on view until June 2021.

Using slides, Sacerdote will first describe the process he used to make some of the 50 buildings.  Then he will demonstrate making a building and show the specialty tools and supplies needed.

In 2018-19, Sacerdote and other members of the Amherst Railway Society painstakingly created a model of Northampton’s Main Street in 1847, the last year that both the railroad and canal were both in operation.  The model includes 50 buildings, a stagecoach, trees and figures of people walking in town.  Except for two buildings, all that were there in 1847 have been replaced by large brick commercial buildings, or substantially remodeled, to create the modern Main Street that we know today. The Amherst Railway Society used the research by Marie Panik and with plans drawn by architect Chuck Whitham to create the model.

In the 1950s, the Amherst Railway Society began as a group of UMass faculty and grad students who shared an interest in railroads.  Until the early 1980s, their annual model railway show was held at the UMass Student Union until they outgrew the space.  They now hold their two-day exposition at the Big E each January; it is the largest model railway show in the country.
​
Co-sponsored by the Amherst Railway Society.