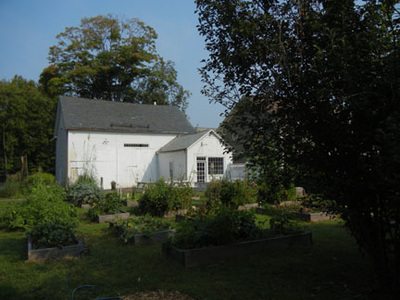 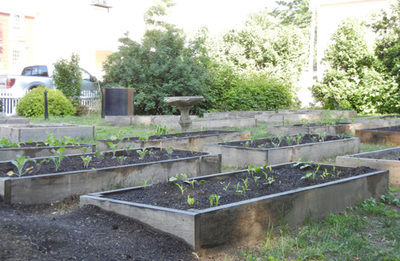 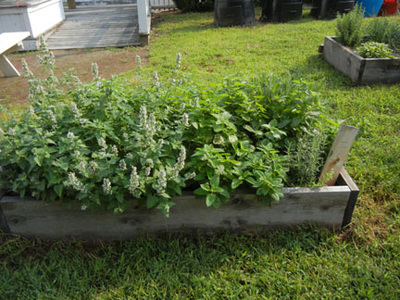 The Bridge Street School Sprouts began growing organic vegetables in boxed gardens on the grounds of Shepherd House in spring 2015.   The school received a grant to engage schoolchildren in growing vegetables and asked Historic Northampton for the use of its grounds.   These photographs show the boxed gardens in bloom in mid-August and early September 2015. 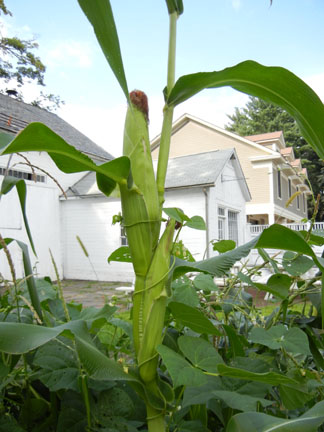 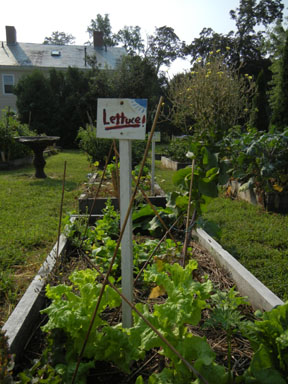 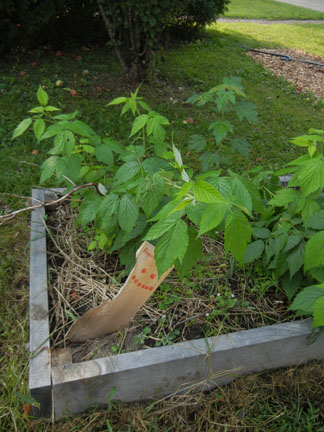 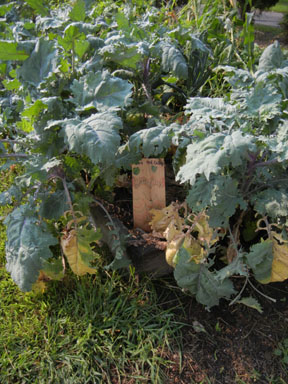 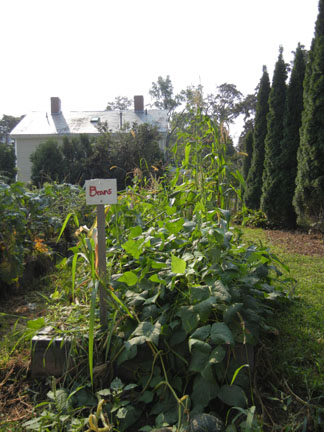 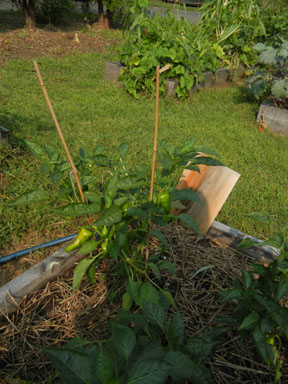 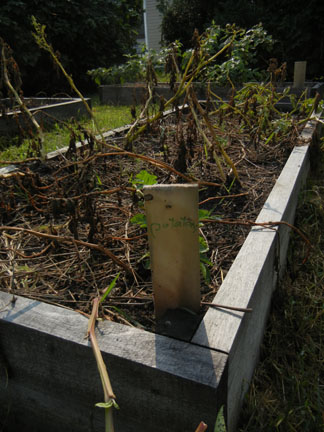 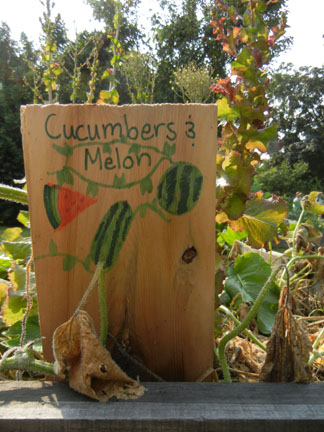 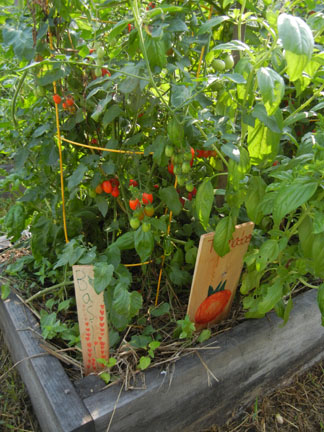 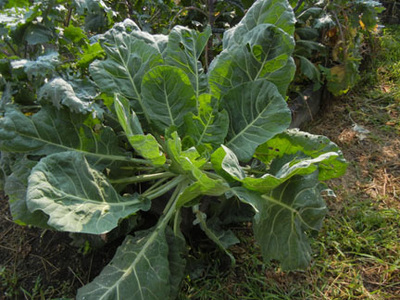 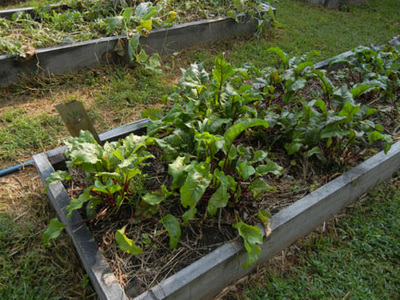 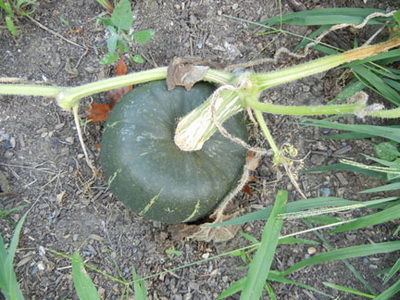 The Sprouts continue in the tradition of earlier generations of Northampton residents who grew food in their yards including previous Shepherd House residents.  The Shepherd family owned the house from 1856 to 1969 and at one point hired a gardener with a degree in horticulture from a university in Poland to maintain their property and grow vegetables.  Letters written by Thomas Munroe Shepherd (1856-1923) in 1916 describe activities in the garden more than 100 years ago.  Thomas wrote to his wife Edith that year while she was visiting her family in California. 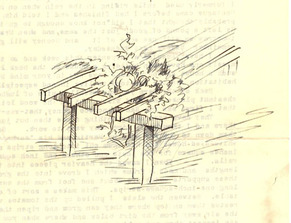 Thomas Shepherd included this sketch of the tomato frame in his letter to his wife, Edith.
Thomas Shepherd to Edith Carpenter Shepherd, August 4, 1916

This morning in the garden I noticed that the sweet corn and the tomatoes are swelling up fatter and the former will be ready to eat soon and in a short time the latter will begin to color red.  I brought home so [sic] more beet and spinach seed this noon and will put it in tomorrow.  They will make “greens” if nothing else.  Then I cleared the flower mounds of weeds and dried blossoms.

I have … been building a … sort of habitation for the tomatoes to live in and especially on.  Back of the barn you may recall a pile of lumber….  I sawed the heavier pieces into the proper lengths and made a frame which I drove into the ground and top of these supports which are about one foot from the earth I laid the long one-inch-square strips.  This makes a sort of open work table.  Between the slats I pulled up the tomatoe vines and rested them on top where they can grow and ripen their fruit in the air, away from the dirt below and ... when you get home you can inspect them and select the ripe ones without bending over.  When the frosts threaten all can be easily covered over with blankets and coverlets.  After the season is past these frames can be removed to the barn and used for many following years as being made of chestnut they will endure the weather a longer time than any other kind of wood.

I have felt you near today for Miss Nahmer was here and we have been doing something for you and for us in canning six jars of Bartlett pears, quart size, and three pint, sizes.  Do you think that sufficient?.  Then after we finished we walked out in the garden to inspect the plum trees and found them with fruit ready to pick.  So I got a step ladder and down came 47 large purple plums which just filled a quart can.  The yellow plums filled one quart can and two pint cans.  Only a short time ago they were hanging on the trees … one of Nature’s free productions.

I suppose that the next job will be peaches, crab apple jelly.  Quince may come after you get here and also grapes, but I do not feel very sure about that.  What other fruit do you want?