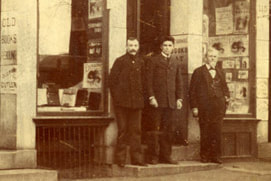 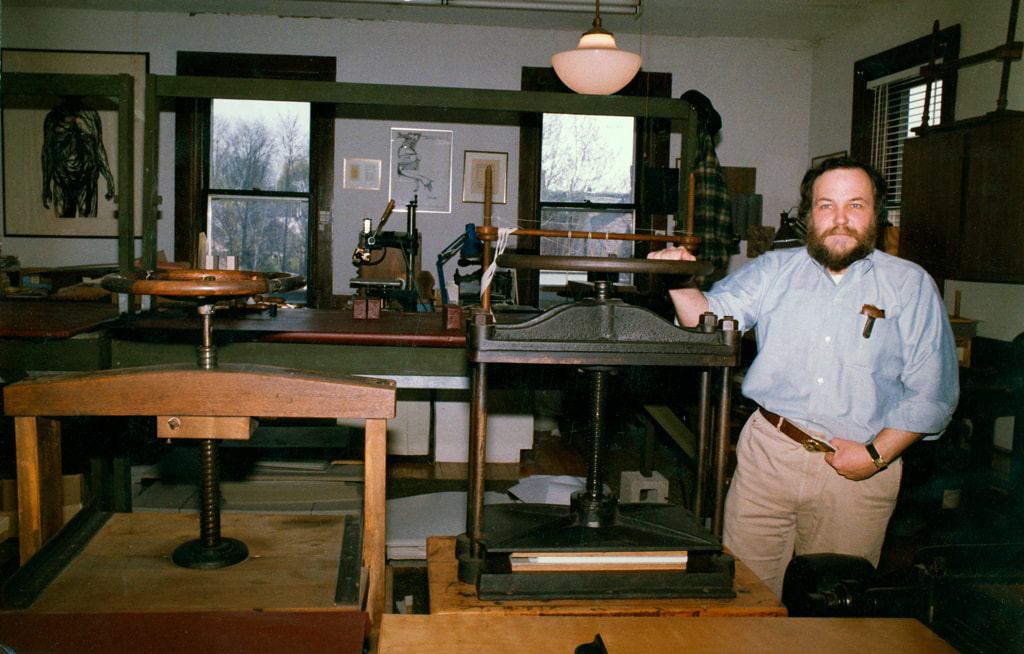 Historic Northampton trustee Barbara Blumenthal will tell the story of publishers, printers and binders in Northampton from the 18th century to the present. She will concentrate on 18th-19th century bookseller Simeon Butler and his successors; The Hampshire Bookshop (in Northampton 1916-1971); and the ongoing legacy of book arts in the Connecticut River Valley.
Barbara Blumenthal is an independent bookbinder and book studies historian. She edited and co-wrote Paradise Printed & Bound: Book Arts in Northampton & Beyond, published in 2004 for the 350th anniversary of the founding of Northampton. Barbara has lived in Northampton since 1971, when she first arrived at Smith College. She graduated in 1975 with a degree in American Studies, also having studied typography and calligraphy. As an undergraduate, she apprenticed with master bookbinder Arno Werner in Pittsfield, MA.  Barbara has been a professional bookbinder since 1976 and has published five works under her own Catawba Press imprint.  She was the rare book specialist in the Smith College Mortimer Rare Book Room for 35 years and occasionally teaches classes in bookbinding, book arts, and book history. She is a member of the Board of Trustees at Historic Northampton.
Images (left to right):
The Hampshire Bookshop building on Crafts Avenue.  Image Courtesy of Smith College Special Collections.
Bookstore of S.E. Bridgman & Company, Main Street, Northampton, MA.
David Bourbeau in his bindery in Easthampton, 1987; photograph by Margaret Taylor.