Rabbi Kevin Hale & the Sacred Craft of a Torah Scribe
Commandment 613
A 23-minute documentary film by Miriam Lewin and Randi Cecchine, 2020
In this short documentary, Rabbi Kevin Hale practices the sacred craft of a Torah scribe, bring new life to scrolls that were saved in Czechoslovakia during the Shoah.  In conjunction with an at-home virtual screening of the film, Historic Northampton and Circles for Jewish Living are honored to co-sponsor a virtual calligraphy demo and class led by Rabbi Kevin Hale and a virtual film discussion with Rabbi Hale and producer/director Miriam Lewin and cinematographer Randi Cecchine.  The film discussion will be moderated by Larry Hott of Florentine Films/Hott Productions.
REGISTER
By clicking the registration button, you will be directed to the website
of the Pioneer Valley Jewish Film Festival to register for these programs.
*For the demo/class, you will need paper, pencil, ruler and a calligraphy pen or chisel-tip marker.
Watch Commandment 613 at home
Friday, March 5, 2021, as of 9:00 am, the link will be available for 96 hours. 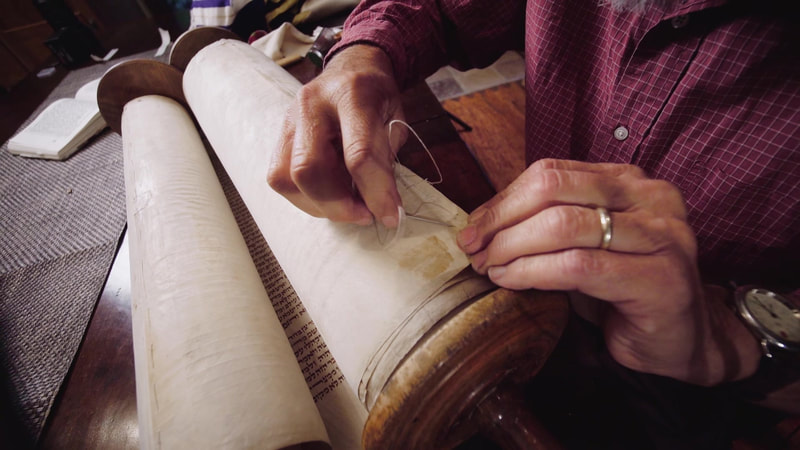 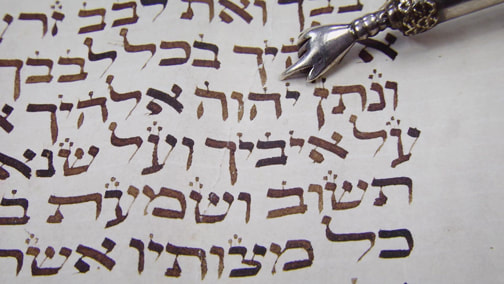