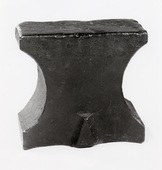 In March 2015, Bill Pomeroy of the William G. Pomeroy Foundation did the same for 21st century Northampton by providing critical support to Historic Northampton in the form of a $20,000 operating support grant.

The William G. Pomeroy Foundation: For History, For Life helps to preserve history and supports programs related to blood cancers.   It has two main initiatives.  The foundation supports bone marrow drives in diverse communities to help diversify the Be the Match Registry.  The second main initiative is a program to commemorate historic people, places or things in New York state within the time frame of 1740-1915 through grant awards to install historic markers.  As of December 2014, the foundation has funded over 240 historic markers in 43 New York counties.  One of these historic markers stands in honor of Sojourner Truth.  A resident of Florence from 1843 to 1857, Sojourner Truth was born in New York prior to the abolition of slavery.  She was enslaved by five different masters, before claiming her freedom in 1826.   The marker stands at the site of the original tavern owned by Martinus Schryver in Ulster Park, New York, where Sojourner Truth was held in slavery from 1808 to 1810 when approximately 11 to13 years old.